Twelve smart city projects covering almost 60 cities across Europe came together at the 7th Smart City Expo World Congress (SCEWC) in Barcelona from 14-16 November - the biggest edition to date –to show how cities are leading the way in driving sustainable and smart innovation.

Under the conference theme ‘Empower Cities, Empower People’, these smart city projects, also known as Lighthouse city projects, presented how they are putting smart technologies to the test, and how these work in practice when it comes to reducing environmental impact and improving citizen’s lives.

‘The Lighthouse Projects Stand’ was part of the three-day international event on smart cities at the Fira de Barcelona's Gran Via venue which gathered 700 cities worldwide as well as 675 exhibitors and 420 speakers.

The Stand hosted a number of discussion sessions, ranging in topic from district heating solutions to smart waste collection, providing an opportunity to share experiences of mobilising the public sector, business communities, civil society and academia in the creation of smart cities and regions.

The twelve projects have all received funding through the EU’s Horizon 2020 framework programme as part of the EU’s long term ambition to create a low-carbon economy and ensure continued competitiveness in the global market.

Head of Unit for new energy technologies and innovation at the European Commission, Andreea Strachinescu said: "Innovation drives Europe's competitiveness and is the best way to transition to a low-carbon economy. Thanks to these projects and partnerships, high efficiency heating and cooling systems, smart metering, real-time energy management, or zero-energy buildings neighbourhood solutions can be tested and shared with other European cities."

The European Innovation Partnership for Smart Cities and Communities, also featured at the stand, was launched in 2012 by the European Commission to support the development urban technology solutions in and energy, transport and ICT and stimulate their uptake to enable the transition to a more sustainable Europe. 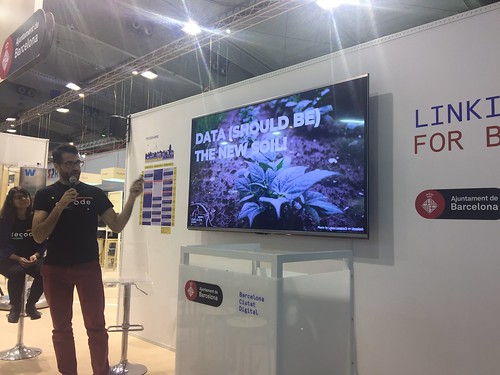 The Smart Cities and Communities Initiative was launched in 2011. In the first year (2012), € 81 Million has been earmarked for this initiative, covering only two sectors: transport and energy. Demonstration projects financed under the scheme can be in either one of the two sectors - rather than the two combined.

Starting from 2013, the budget has been increased from € 81 Million to € 365 Million, covering three areas instead of two: energy, transport and ICT. In addition, each and every demonstration project financed under the scheme must combine all the three sectors. Pooling the sources together also means using synergies.

More information on Smart Cities and Communities can be consulted here: http://ec.europa.eu/eip/smartcities/

For information about the Barcelona Smart City EXPO: http://ec.europa.eu/eip/smartcities/

2017 marks the tenth anniversary of the SET Plan, the European Strategic Energy Technology Plan that aims to accelerate the development and deployment of low-carbon technologies. The progress of the SET Plan will be reviewed at a dedicated conference on 29 November 2017 to 1 December 2017. More information here: https://ec.europa.eu/energy/en/events/10th-annual-set-plan-conference